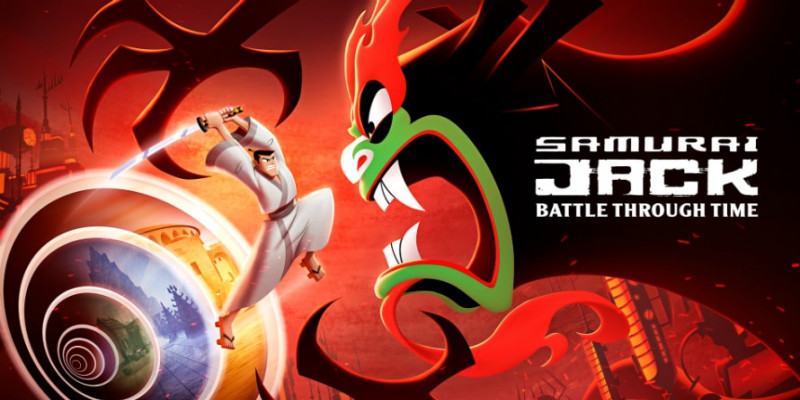 The new game Samurai Jack is nothing but a mesmerizing blast from the past for all of us nineties kids who grew up spending hours upon hours watching Adult Swim or Cartoon Network. And a blast that came out of nowhere at that.

Yes, there is Samurai Jack the game out there. And it is bombastic!

Samurai Jack is one of those legendary shows that stays in a young viewer’s heart forever and ever. The show is like a best friend you haven’t seen for years and yet are happy to hang out with again even though a lot of time has passed.

In simpler words, the Samurai Jack video game had massive shoes to fill. How well did it fare if compared to its 2d predecessor?

One of the most prominent features of the original cartoon was its stunning visual style. A flawless blend of edgy western animation and over the top anime-inspired stylistic choices.

Samurai Jack for PC follows said design philosophy flawlessly. At first, I was a little bit worried that carrying the grim world of Jack into 3d is a fool’s errand, but the developers did a fantastic job. Heck, the game looks more like Jack than the animated show.

You will be battling your way through hordes of enemies, hacking away and chopping them limb from limb quickly and furiously. Do watch out, though, as the higher difficulty setting is not designed for casual players. It introduces new waves of enemies and the standard baddies hit much harder, so you will be on your toes 100% of the time even if you are a seasoned Souls veteran.

Samurai Jack brings yet another interesting mechanic into the mix — weapon variety. Yes, you will not rely on your trusty magical sword through the entirety of the game. There are also clubs, spears, and throwable weapons such as shurikens and kunai at your disposal.

Each weapon has a distinct moveset. They are super-situational, so a little bit of tactical thinking paired with the right tool for the job is the only thing that can get you through the hordes of villainous robots and mutated creatures. Do note that these weapons have durability. They will break often. Use them wisely.

On the downside, the boss battles in the game are somewhat shallow and repetitive. Not to say that they are bad per se, but every encounter is quite forgettable, especially compared to the surrounding chaos of the level you just had to fight through.

Samurai Jack: A battle through time is a sensational blast from the past. The stunning visuals, engaging gameplay, and rich lore will keep the fans of the franchise entertained for countless hours.